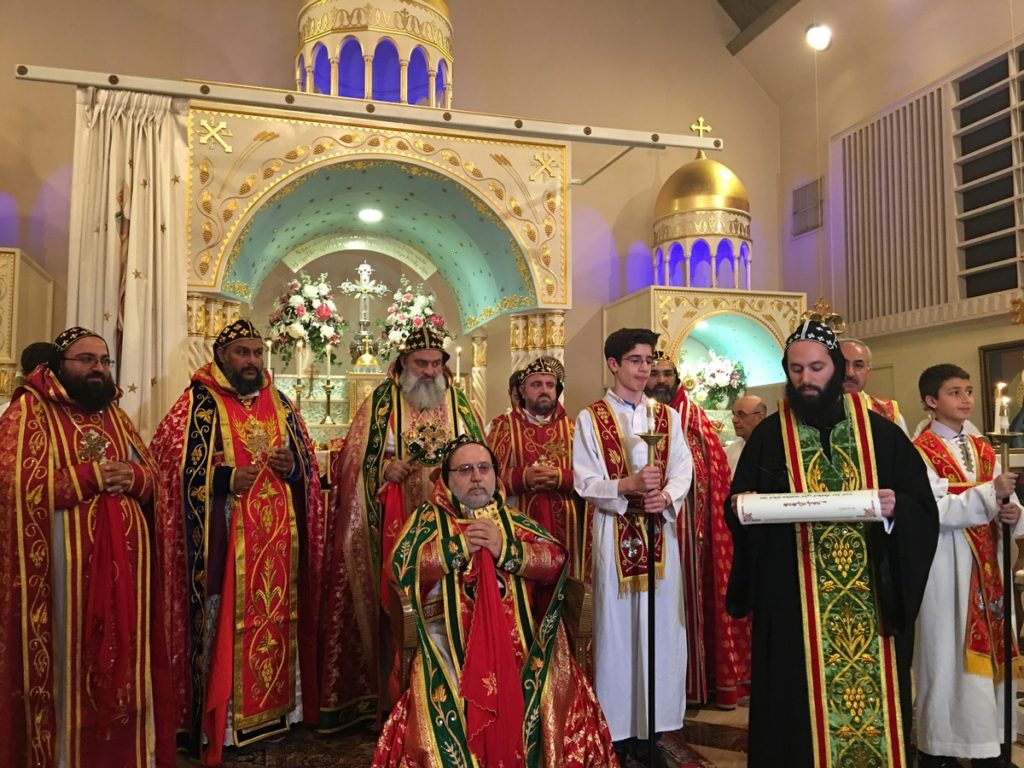 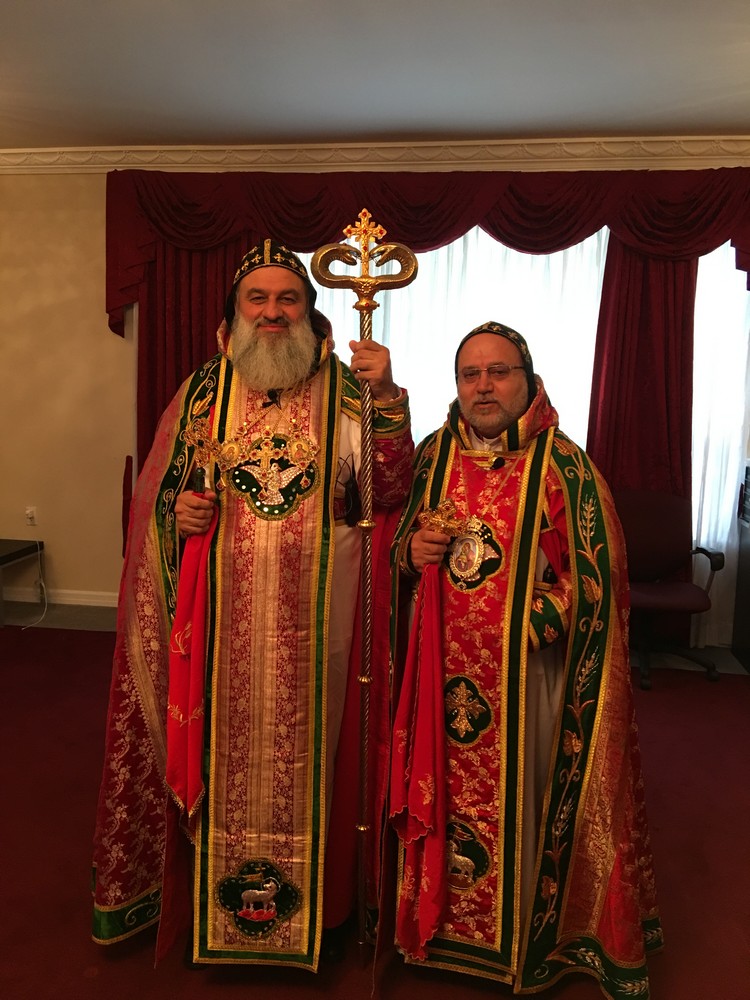 His Holiness presided over the service of the Installation of His Eminence Jean Kawak as Patriarchal Vicar for the Archdiocese of the Eastern Unites States which included a procession where two archbishops escorted His Eminence Mor Dionysius  among the people. Then the sustatikon, or the commendation letter, was read By Very Rev. Father Joseph Balli, Patriarchal Secretory, proclaiming Mor Dionysius Jean Kawak to be the Archbishop and Patriarchal Vicar for the Eastern United States of America.

His Eminence Mor Dionysius Jean delivered a message where he thanked the Lord for this new flock entrusted to him and he thanked His Holiness for appointing him to this new position. His Eminence also presented his vision for the future of the Archdiocese, focusing on the service of the clergy, Mor Aphrem Center and the youth and their Syriac Christian upbringing.