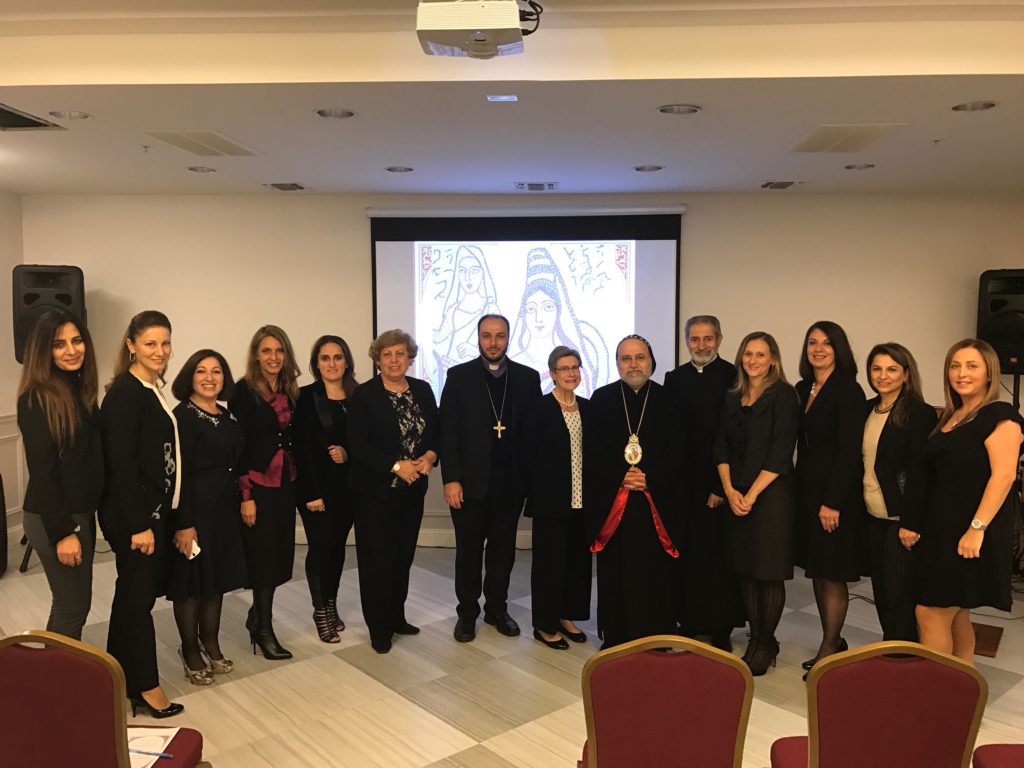 On Sunday, October 29th, the Suryoyto Women’s Day Committee hosted its 5th annual Suryoyto Women’s Day event at the Mor Aphrem Center in Paramus, New Jersey. The committee’s mission is to invigorate the role of Suryoyto women in our churches, encourage them to expand their roles in our communities, help impart Suryoyutho and Christian ethics to future generations, thereby expanding our contributions as women beyond traditional roles.

The event began with a cocktail hour followed by a lecture delivered by keynote speaker Prof. Susan Harvey of Brown University. Dr. Harvey is a professor of History and Religion at Brown University and has published widely on topics relating to asceticism, hagiography, women and gender, hymnography, homiletics, and piety in late antique Christianity. Her current work focuses on women in the early church choirs.
buy nolvadex online http://padstyle.com/wp-content/languages/new/nolvadex.html no prescription

The theme this year was “Women Whom Jesus Met”. Professor Harvey focused on four women in the Bible who had encounters with Jesus; the Canaanite Woman, the Samaritan Woman, the Paralytic Woman, and the Hemorrhaging Woman. Prof. Harvey further highlighted the way in which St. Ephrem and St. Jacob of Sarug wrote poetry and hymns exemplifying these women for their boldness and persistence in a time when women were silent. These women had such strong faith that they used their voices to reach Jesus, touch Him and ask for His blessing to heal them or make them whole.
buy rimonabant online http://padstyle.com/wp-content/languages/new/rimonabant.html no prescription

Following the lecture was a question and answer session with Prof. Harvey, then closing remarks by His Eminence Mor Dionysius John Kawak. The evening concluded with an interactive group activity regarding the role of Suryoyto women in the church.
buy cymbalta online http://padstyle.com/wp-content/languages/new/cymbalta.html no prescription

Then next two activities the committee will be hosting are a Special Prayer Service honoring seniors on November 20th, 2016 and an Annual Suryoyto Women’s Cornerstone Retreat on March 10-11, 2017.