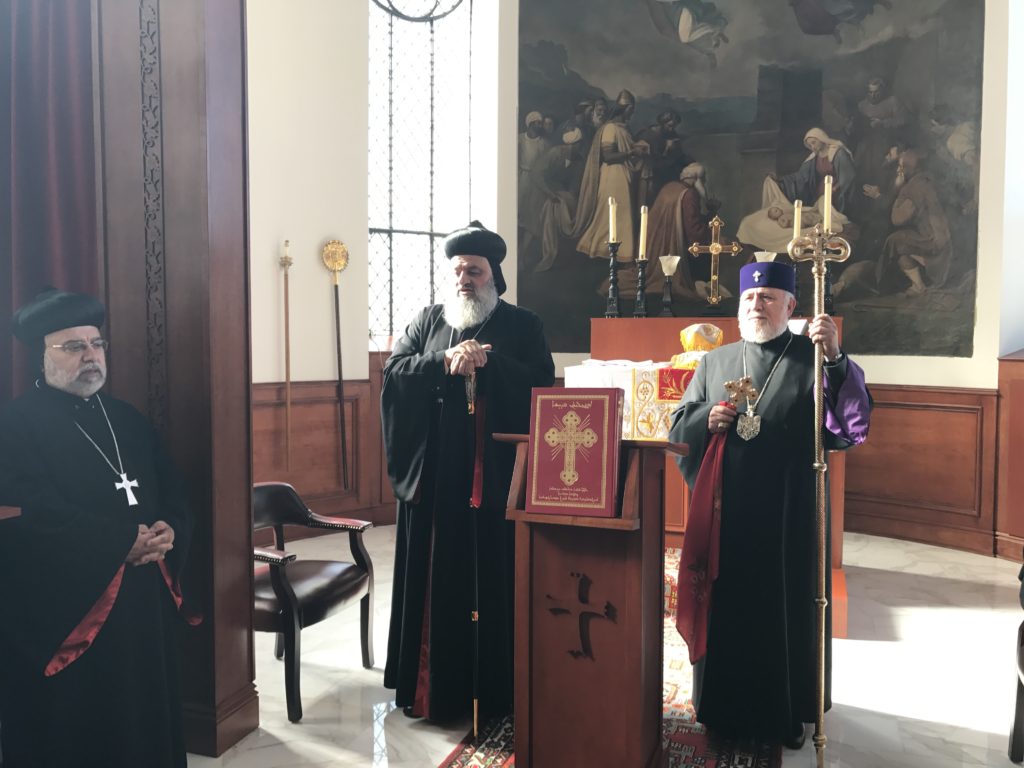 His Holiness Patriarch Aphrem II and the archbishops and clergy of the Syriac Orthodox Church welcomed His Holiness Catholicos Karekin II and the accompanying delegation.

The clergy sang the special Syriac hymn of the reception of the pontiffs.

The two pontiffs then headed to Mor Aphrem Chapel where the midday prayer was conducted. His Holiness Catholicose Karekin II gave the final blessing in Armenian.

In honor of His Holiness, a formal reception followed the prayer. His Holiness Patriarch Aphrem II spoke about the joy of meeting his brother in Christ and receiving him at Mor Aphrem Center.

He spoke about the history of the good relations between the two sister churches: Syriac Orthodox Church and Armenian Orthodox Church. His Holiness also mentioned the shared martyrdom that the clergy and faithful of both churches had gone through at the turn of the twentieth century.

At the end of the reception, the two pontiffs exchanged gifts as a sign of brotherhood and unity.