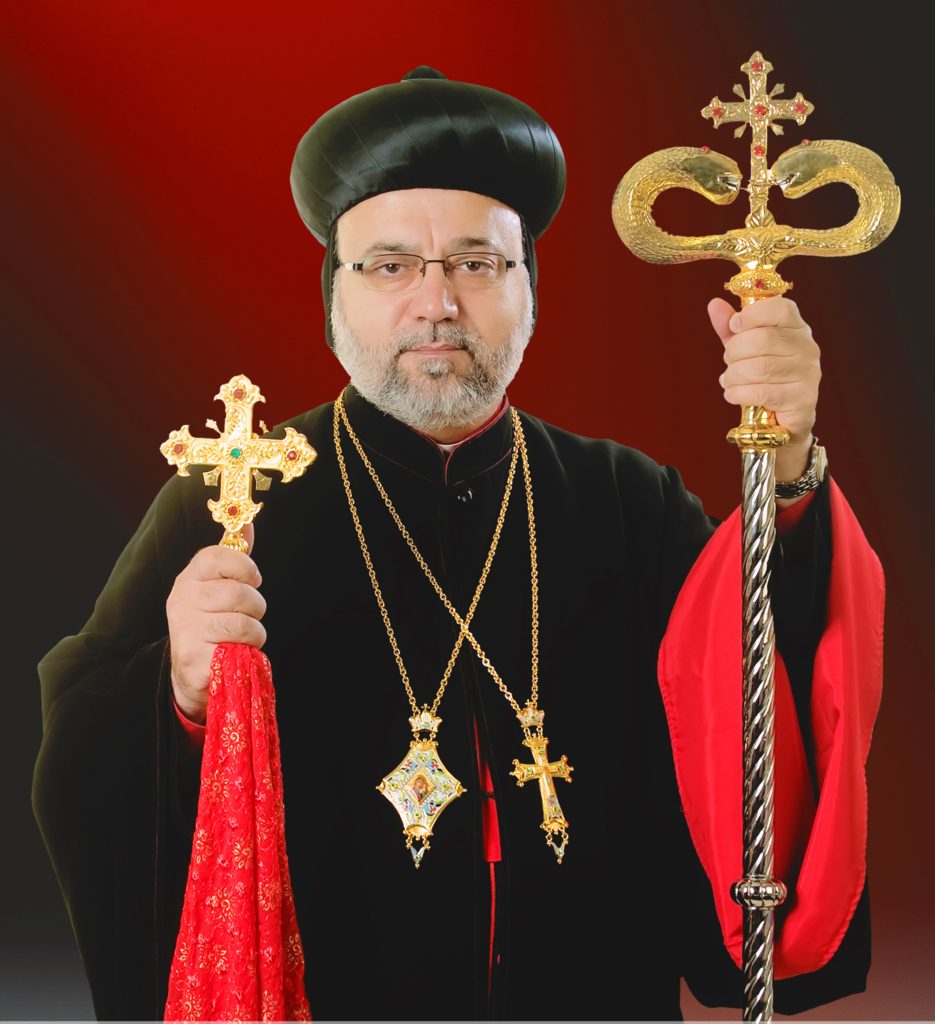 Thank you for joining and being a part of this important occasion which, sadly, has become an annual ceremony.

We gather together tonight to remember and reflect upon the sorrow and tragedy that befell two Christian Antiochian Orthodox communities. Since April 22, 2013, these two communities have been suffering from the absence of their shepherds, who represented their respective churches in Aleppo.

Their Eminences, Mor Gregorios Youhanna Ibrahim and Boulos Yazeji, had a profound influence in keeping the religious balance among the different parties in Aleppo, particularly, and throughout all Syria as well. Since this tragic event took place, two questions linger in people’s minds:

First, why were these hierarchs kidnapped?

Not everybody is aware of this fact, but, our archbishops were kidnapped on their way to arrange the exchange of two abducted clergy: Fr. Michel Kayal, and Fr. Maher Mahfooz. The kidnappers are the enemies of both God and humanity. They are ignorant of and do not understand dialogue, respect, or mutual acceptance.

They are people who know nothing about Christianity, the faith of love and forgiveness.
I doubt that they even know anything about Islam, either.

I truly believe that they never understood the mission of the two hierarchs, which is leaving the ninety-nine sheep and looking for the lost one, taken from our Lord Jesus’ message. Thus, they were willing to put themselves in harm’s way to save their brothers in faith.

Second, why haven’t they been released yet? What is the message the kidnappers want to send? I believe the only message they want to send is: To Empty the Middle East of all Christians. They thought that by removing the shepherd, the flock would then disperse, creating confusion and fear among Christian communities, leading to a mass exodus. Little are they aware that we are the owners of the land, and we will never leave it easily. Neither do they understand that we are the children of the Resurrection, whose hope never fails. The proof is evident; we are still there, regardless of how many families have left, how many churches bombed, how many universities and schools destroyed, how many youth education paused, and how many children lost their childhood. This is the difference between us and them:

They destroy, we work with others; they devastate communities, we build them up. They target co-living and inter-relations among religious societies; we extend bridges of friendships to reach out the others. Most importantly, they hate, but we love.

Kidnapping the two Archbishops is no longer a Christian, Orthodox or Syriac issue. Freeing Aleppo, without freeing the Archbishops, or installing religious figures to take charge in the two communities is not the issue either.

The problem is, the continued existence of Christianity in the Middle East at large. Kidnapping of the Archbishops was not a message just to our communities only, but a message to Christianity that, with Islam, built a civilization with remarkable advancements in many fields. It is the Middle East and all the Arab world that stands to lose the most if its Christian influence.

From the first day of the kidnapping, every Christian community has lobbied and implored the governments of the Arab and the Western worlds to solve the problem: lectures, interviews and demonstrations were held to focus the attention on the world community to work for the release of the two Archbishops, but to no avail. The Christian world protested this horrific and inhumane act, without any result. The Patriarchs of the two Orthodox Churches toured most of the world’s capitals asking the world’s decision-makers to intercede for them, without success. Even our Patriarch, His Holiness Mor Ignatius Aphrem II, while he was still Archbishop of the Eastern USA, worked hard with the late Metropolitan Phillip Saliba with influential politicians in Washington D.C., to gather any information about the kidnapped Archbishops, without receiving any satisfactory responses. We occasionally hear anecdotal stories that, they are still alive, but, to date, with no proof.

Dear friends: This situation causes us great pain, frustration and, yes, even anger. Isn’t it time, after 4 years, to learn whether our brothers are still alive or martyred? If they are still alive, it means they are suffering among ignorant, vicious and backward people.

We demand their release, enough is enough! Free them to return to their families and flocks. We address from this podium, all people of good will, who work for the protection of human rights and freedoms, to uphold their responsibilities and continue to work for the unconditional release of our Archbishops. We denounce the universal silence surrounding this case. We plead with the world governments and all those who had a hand in the bloody war in Syria to stop the war. It’s enough. We cannot tolerate any more killing and destruction. Stop the war and work for peace, free the kidnapped. Let the Middle East come out of its misery, and let us have our lives back, so that in peace, concord and light, we may once again become an inspiration to the world.

We will never forget the two Archbishops. We will leave no stone unturned in our efforts to find and free them. And we will not rest until they have been safely released, to continue their service of love for all their flocks. We pray to our Resurrected Lord for comfort during these difficult times. Amen.