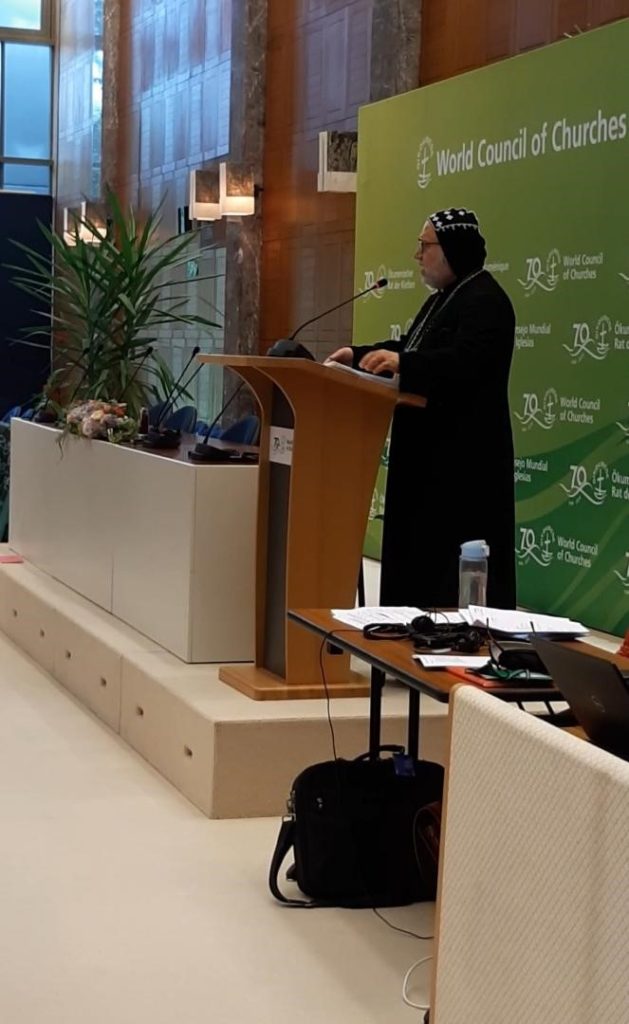 The first meeting of this specific Central Committee was held in Switzerland in 2014, and the second was held in Norway in 2016 and this would be the third meeting of this Central Committee since the Busan Assembly of 2013. It is worthwhile here to note that the Central Committee serves as the chief governing body of the WCC and is responsible for carrying out the policies adopted by the Assembly, reviewing and supervising WCC programs and the budget of the Council. This current meeting is a focal point of the 70th Anniversary celebrations of the WCC (1948-2018), and the consideration of the venue for the 11th WCC Assembly.

On the first day of the meeting, the 15th of June 2018 and during the Plenary on Unity arranged by Faith and Order, our Dr. Theodora Issa was invited as a Central Committee member from the Oriental Orthodox Family of churches to reflect on the WCC fellowship of churches and the search for Christian unity and the unity of humanity in response to challenges of today’s world and as we advance preparations for the next WCC assembly.  Dr. Issa, and deriving from the Patriarchal Journals, highlighted the position of our Syriac Orthodox Church in promoting Christian unity, always supporting her reflection with verses from the Holy Bible in relation to unity.  While H.E. Kawak, and on the 16th of June 2018, conducted the Bible Study following the morning prayer under the title “Serving Together in Diakonia,” where he focused on Acts 2: 42-47 on the Fellowship of the Believers. The two Syriac Orthodox members of the Central Committee have been assigned duties as members of different committees that are currently convening for decision making later in the week.