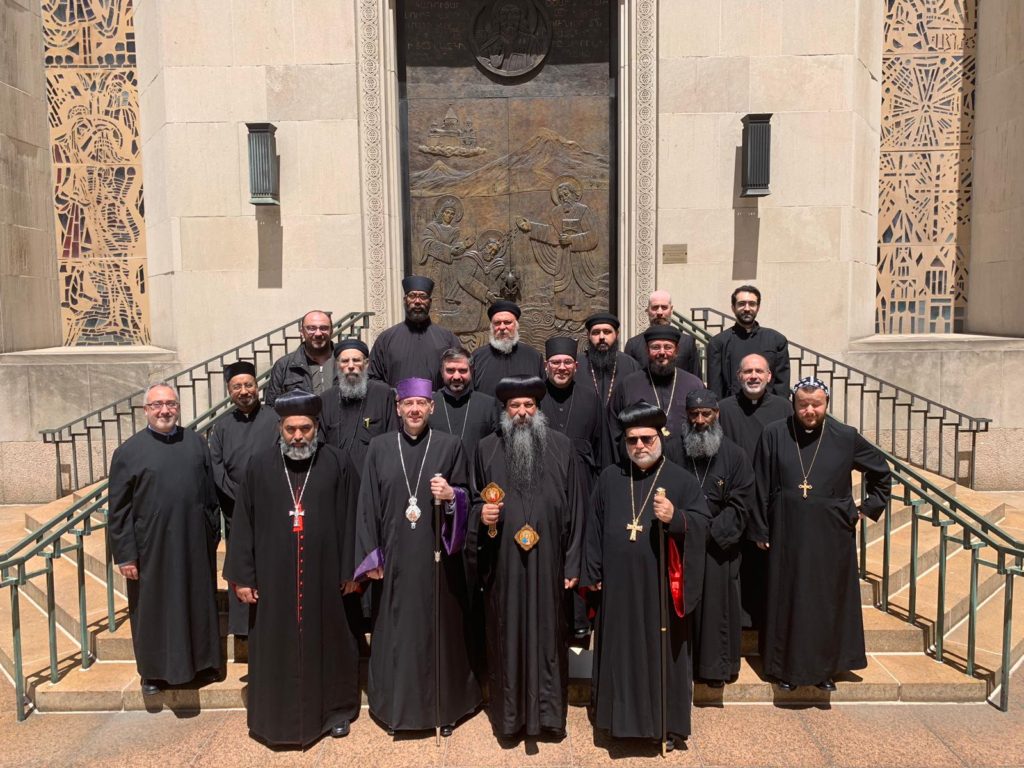 On Tuesday, May 21, 2019, His Eminence Mor Dionysius John Kawak, Archbishop and Patriarchal Vicar for the Eastern of United States, accompanied by Very Rev. Raban Augeen Al-Khouri, participated in the Spring SCOOCH meeting. the meeting was hosted by His Grace Bishop Daniel Findikyan, the newly ordained Bishop of the Eastern Diocese of the Armenian Church of America and was held at St. Vartan Armenian Cathedral in New York. The meeting was attended by the SCOOCH clergy members (the Standing Conference of Oriental Orthodox Churches). During the meeting His Grace Anba David, Bishop of the Coptic Orthodox Diocese of NY & NE, was elected as the new chairman of SCOOCH.