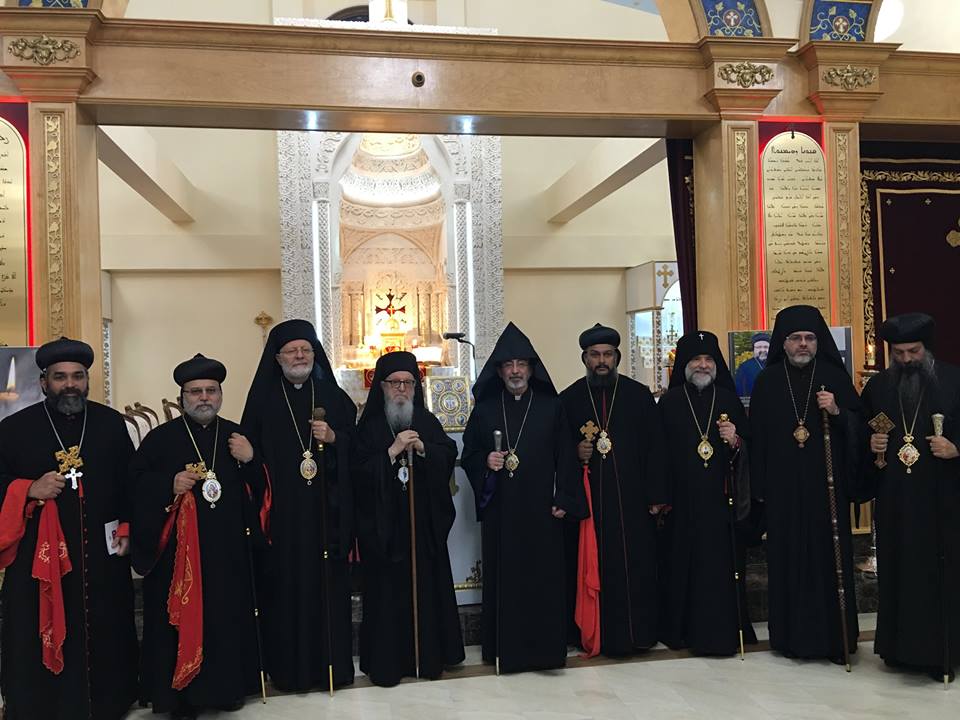 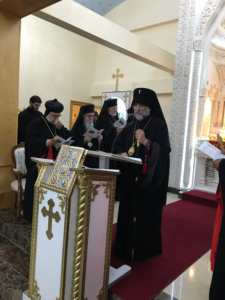 On Thursday April 21, 2016 a special service prayer was held at St. Gabriel Syriac Orthodox Church for the safe return and the release of the two kidnapped Archbishops their Eminences Youhanna Ibrahim and Bolos Yazaji. This event was organized by The Assembly of Canonical Orthodox Bishops of the United States and the Standing Conference of Oriental Orthodox Churches in America.

His Eminence Archbishop Mor Dionysius Jean Kawak, the Patriarchal Delegate for the Archdiocese of the Eastern United States, received and welcomed their Eminences, Graces and clergy. His Eminence Jean Kawak delivered a meaningful speech concerning the situation in the Middle East, shedding light on the Syrian crisis and invited everyone to pray for the safety of the two kidnapped archbishops of Aleppo and peace in Syria and Iraq.