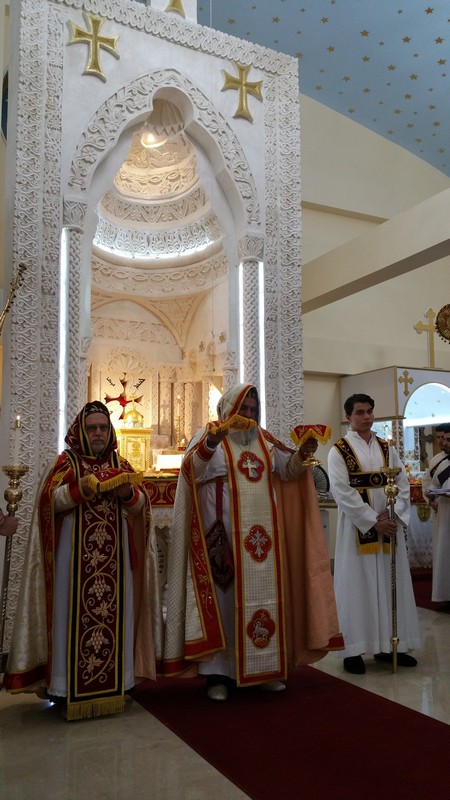 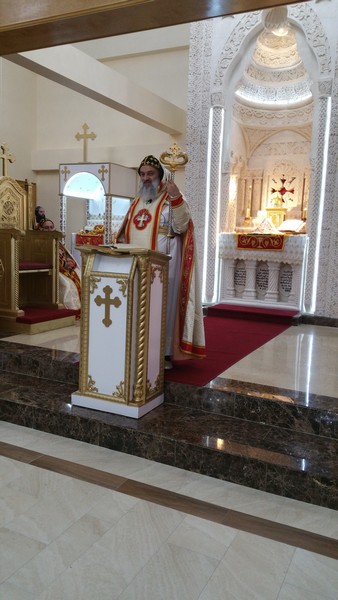 His Holiness Patriarch Mor Ignatius Aphrem II celebrated a special Holy Qurobo for the Youth of the Patriarchal Vicariate for the Eastern United States of America, at Mor Gabriel Church in Haworth, New Jersey, on May 25, 2016.
His Holiness was assisted by His Eminence Mor Dionysius Jean Kawak, Patriarchal Vicar for the Archdiocese of Eastern United States.
His Eminence Mor Timotheos Matta Al-Khoury, Patriarchal Vicar of the Patriarchal Archdiocese of Damascus, was also present as well as the clergy of the Archdiocese.
In his sermon, His Holiness addressed the youth asking them to follow the example of St. Peter. He explained to them that when the Lord Jesus Christ asked Peter thrice if he loved him, He gave him a chance to repent from denying Him three times.
He also spoke about the reward of following Christ even though it is painful to walk in the path of faith which is against the worldly current.