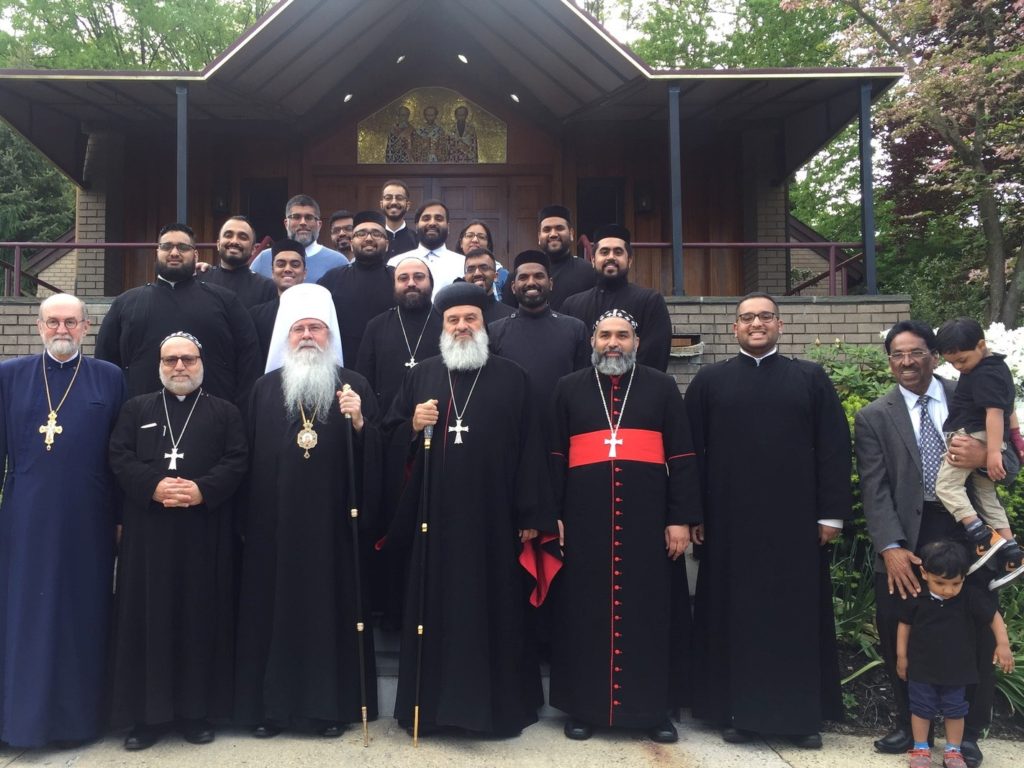 On May 18, 2019, upon the invitation of His Beatitude, The Most Blessed Tikhon (Mollard), Archbishop of Washington, Metropolitan of All America and Canada of the Orthodox Church in America (OCA) and Board Chairman of St. Vladimir’s Orthodox Theological Seminary in New York, His Holiness Patriarch Mor Ignatius Aphrem II visited the seminary where an official dinner was hosted in his honor. His Holiness was accompanied by their Eminences: Mor Dionysius Jean Kawak, Patriarchal Vicar for the Archdiocese of the Eastern United States of America, Mor Silvanos Ayub, Knanaya Archbishop of Europe and America, and Mor Timotheos Matta Al-Khoury, Patriarchal Vicar for the Patriarchal Archdiocese of Damascus. The dinner was attended by St. Vladimir’s Seminary’s Board of Trustees. In his word, His Holiness spoke about the importance of theological education in raising a generation of well educated seminarians and servants for the Lord. He also spoke about the significance of cooperation among the Orthodox Churches. He also considered that the persecution of Christians in the Middle East is a persecution against Orthodoxy. At the end, gifts were exchanged as a token of respect and appreciation. His Holiness presented to the Seminary a valuable icon for the Virgin Mary and the Divine Child from the Holy Lands of Jerusalem.