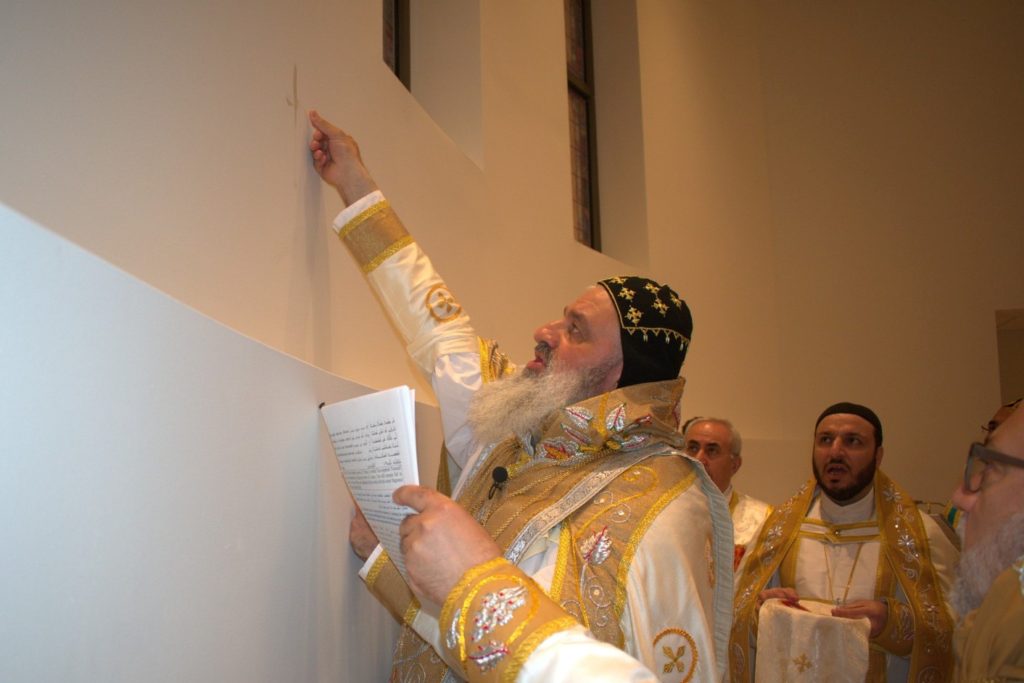 On May 17, 2019, His Holiness Patriarch Mor Ignatius Aphrem II consecrated St. Mark Cathedral in New Jersey – Eastern USA.
His Holiness was assisted by their Eminences: Mor Dionysius Jean Kawak, Patriarchal Vicar for the Archdiocese of the Eastern United States of America, Mor Theethose Yeldo, Metropolitan of the Malankara Archdiocese of North America, Mor Silvanos Ayub, Knanaya Archbishop of Europe and America, and Mor Timotheos Matta Al-Khoury, Patriarchal Vicar for the Patriarchal Archdiocese of Damascus.
Their Eminences Archbishops: Khajag Barsamian, Former Archbishop of the Eastern Diocese of Armenian Apostolic Church in America, Anba Macarios, Coptic Orthodox Patriarchal Exarch of the Eritrean Congregation in the USA, and Anba David, Diocesan Bishop of the Holy Diocese of New York and New England and all Northeastern States, also assisted His Holiness in the consecration rite.
At the end of the rite of the Consecration, His Holiness congratulated the community and spoke about the importance of building a place where they can worship God and glorify His Holy Name.
His Eminence Mor Dionysius Jean Kawak thanked the Lord for bringing this project to completion. He considered it as the dream of His Holiness since he was the Archbishop, Patriarchal Vicar for the Archdiocese. His Eminence then spoke about the project of the Cathedral and its importance for the parish and archdiocese.