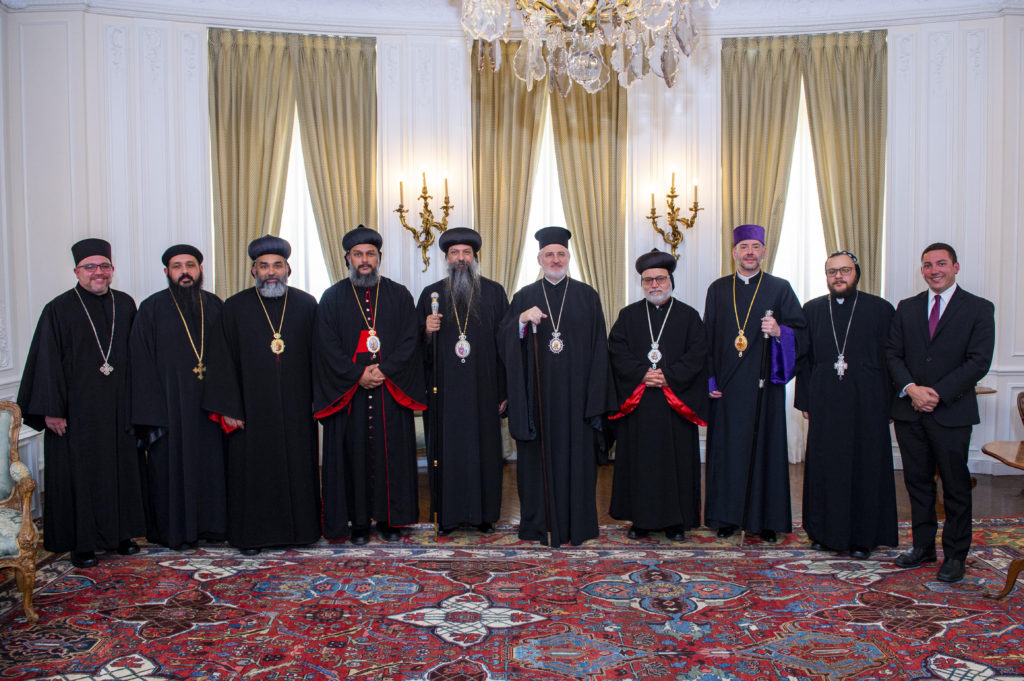 On Tuesday August 12th, 2019,  His Eminence Mor Dionysius John Kawak along with the Standing Conference of Oriental Orthodox Churches (SCOOCH) prelates: His Grace Bishop David of the Coptic Orthodox Diocese of New York & New England and the Coptic Orthodox Archdiocese of North America, His Eminence Mor Titus Yeldho of the Malankara Archdiocese, His Eminence Mor Silvanos Ayoub of the Knanaya Archdiocese and His Grace Bishop Daniel of the Armenian Diocese paid a brotherly visit to the new Archbishop of the Greek Orthodox Archdiocese of North America, His Eminence Archbishop Elpidophoros. Archbishop Elpidophoros received the SCOOCH hierarchs at his New York headquarters, where they discussed the prospect of future dialogue between SCOOCH and the Assembly of Canonical Orthodox Bishops, as well as the prospect of conducting joint Oriental Orthodox-Eastern Orthodox prayer services, musical concerts, youth events and cooperation in the pastoral care of their respective flocks.