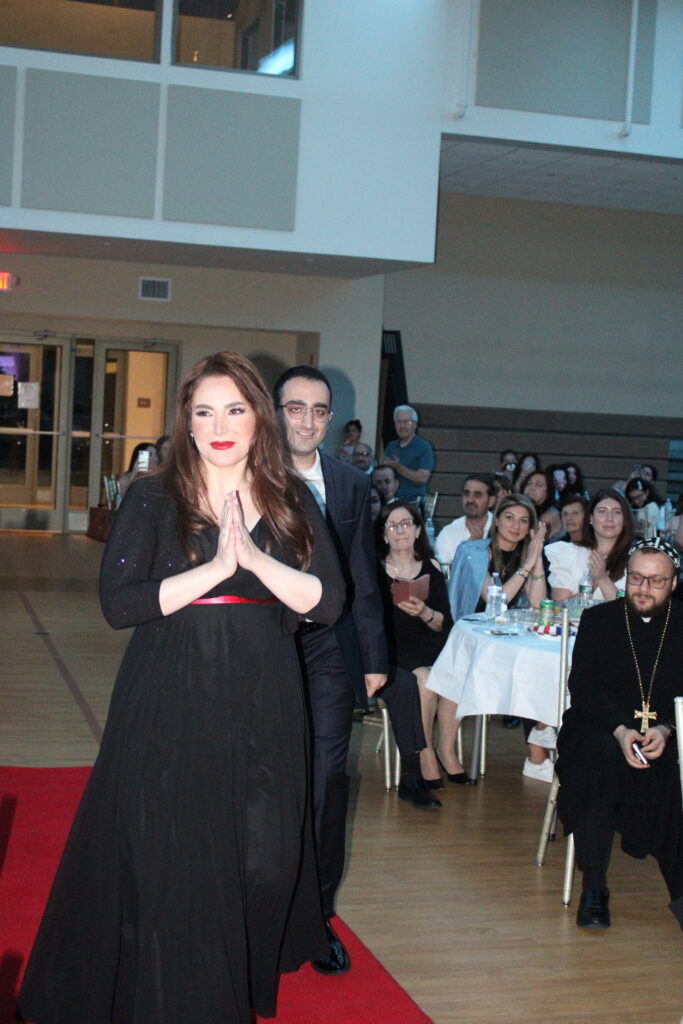 On Sunday, June 20, 2021, The Archdiocese of the Syriac Orthodox Church for the Eastern United States, hosted a recital performed by Abeer Nehme and the Mor Aphrem Archdiocesan Choir. Abeer first opened by thanking all those who made it possible for the lovely evening and in a special way she thanked His Eminence Mor Dionysius John Kawak for his love and generosity.Abeer recited Syriac Hymns and sang Arabic, Syriac, and Turkish songs. The recital was concluded by a short message delivered by His Eminence Archbishop Kawak about how beautiful of a performance she delivered and as a token of appreciation he gifted her an icon of the Virgin Mary, and mentioned that we would love to have her perform again in the future. His Eminence also thanked all those who prepared for the recital.