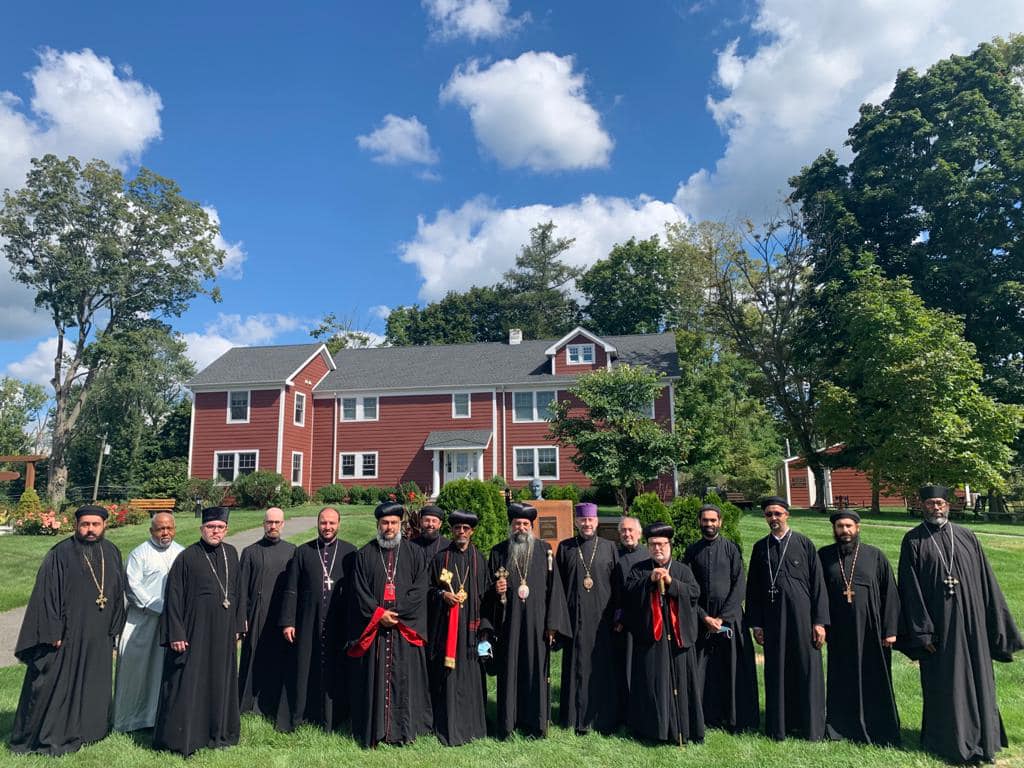 On Monday, September 20, 2021, His Eminence Mor Dionysius John Kawak accompanied by Very Rev. Father Joseph Chamoun attended the Fall Meeting of SCOOCh (Standing Conference of Oriental Orthodox Churches) held at the St. Nerses Armenian Orthodox Seminary in Armonk, New York. The meeting began with a prayer service, according to the Armenian rite. All members of the SCOOCh were present and a variety of issues were addressed at the meeting. The attending clergy discussed ongoing dialogue of the Oriental Orthodox Churches in America, the Middle East was also discussed, and prayers were offered for the Orthodox faithful throughout the world.