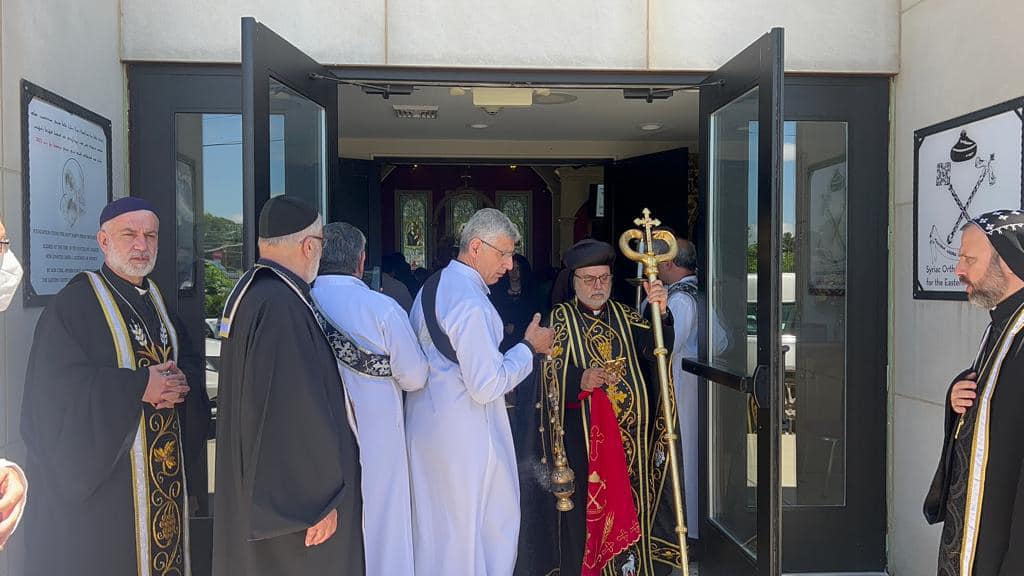 On Tuesday, June 7th, and Wednesday, June 8, 2022, His Eminence Mor Dionysius John Kawak along with the clergy from the Archdiocese attended and conducted the Wake Service and Funeral Service of the late Shamosho Sabri Asmar at the Parish of St. Mary’s in Shrewsbury, Massachusetts.First the condolences letter received from His Holiness our Patriarch Mor Ignatius Aphrem II was read. His Eminence then delivered his own eulogy in honor of Shamosho Sabri and explained to the faithful about the bond, honor, and love he always had for his church. His Eminence also spoke about his personal experience and relationship with the late Shamosho Sabri. During the two services many clergy, family members, and friends delivered their eulogy as well to honor the late shamosho.May the Lord rest his soul in eternal peace with our Heavenly Father.